In modern history, zero continues to be a rather mysterious number that seems to affect people in a way that other numbers don’t. Cognition, behavior and pricing are no exceptions. In this post, we’ll discuss how the price of zero is not what it seems.

A whole series of experiments showed that when people are faced with two products, one of which is free, they prefer the free one in any case. Moreover, they instantly perceive the value of a free product as bigger than that of a paid product.

People act as if the quality of the free product increases together with the price drop to $0.

As with most cognitive biases, this almost seems like something logical until you start calculating.

In one experiment, participants were told to imagine they were going to spend a weekend in Valencia. In their search for a hotel room, they found good deals from a four-star Meliá hotel and a three-star Ibañez hotel. The former is a well-known Valencian hotel from a reputable Spanish hotel chain, and the latter is a hotel that nobody knows (there is no hotel with that name in Valencia). The first hotel is a more expensive one, preferred by every person in Spain. However, the participants' preference was easily shifted if the unknown hotel introduced a free breakfast. If breakfast was even as low as 2 euros, people didn't pay any attention to it and chose the more expensive Meliá hotel.

Same has been tested with cars: offering a free no name sound system dramatically increased the demand for a car, while offering an equally discounted branded sound system didn’t. And in another experiment, free shipping had a greater impact on the evaluation of an offer than a discount of equal value.

Why does this happen?

So far research suggests that first, free offers draw more attention, distracting from other negative attributes. Second, people feel affect - getting something with no downside (no cost) evokes more positive emotions than options that involve both benefits and costs. And then people use this emotional reaction as a cue for making decisions.

Discounted products are devalued in the minds of consumers. We’ll dive into the research on this topic later on this blog. So far, you should just know that it’s a well-established phenomenon: a 50-Cent Aspirin can do what a penny Aspirin can't; a cheaper Red Bull fails to keep you up all night; a dress on sale won’t make you feel as pretty as it could’ve, and so on.

Stop playing the guessing game. Understand your customers and the psychology behind decisions they make, and power your marketing with weekly science-backed lessons from ConnecTheDot blog.

Product devaluation does not happen when the product is offered for free (source). When the free product is offered in a bundle (which is usually the case), consumers use the price of the focal product to estimate value of the supplementary product. Moreover, when buying an expensive or luxury good, consumers deem the freebie as a higher quality product and are willing to pay more for the item on its own. If this sounds confusing, think a freebie is a bottle of wine that comes with a golden necklace. You wouldn’t assume it’s a cheap wine, would you? Quite the opposite: you automatically decide it’s a good and rather expensive one.

Again, reciprocation is a phenomenon that we’ll dive into later on the blog. In short, it implies that people follow social norms automatically, and social norms require to reciprocate when a favor is made. This can occur despite the fact that we may never even have requested the favor in the first place.

In the case of freebies, receiving a free product is perceived as a favor, and we feel obliged to return it. Think about the stalls in the supermarkets offering to have some cheese for free. You rush there attracted by the freebie, not planning to buy any cheese whatsoever. But then, provided you liked it, you don’t feel quite at ease walking away without making a purchase. And the sales of the cheese jump.

This field of research is quite new. The power of price $0 may work differently in contexts not yet studied. However, from what we know now, people quit rational thinking even when the zero-price effect is applied to expensive purchases like TVs, cars, and tourism. FREE! changes everything.

If you have any questions or comments, please leave them below, and I’ll gather all existing research to reply. 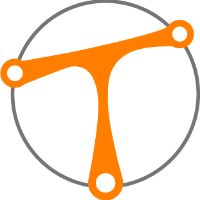